After getting married in Mykonos (read all about it in my Greece post!), we flew the kids home to the United States and island-hopped over to Ibiza for our honeymoon. Ozuna’s song describes it pretty accurately—steamy nights, sun-soaked days, phosphorescent beaches, cool drinks, perpetual beats. The entire island’s vibe is laid-back and romantic; it’s no wonder that Ozuna can’t forget that night in Ibiza on the dock with the breeze, flamenco music and her smile. Here are the moments in Ibiza we won’t forget…

We stayed kind of on the northwest side of the island at Amàre Beach Hotel Ibiza. The hotel was stunning. Pools overlooking the Mediterranean, dance music playing nonstop, live entertainment, delicious food and drinks, and a ferry that would pick you up right at the hotel dock to take you anywhere you wanted to go around the island. The pools were topless (of course) and there are no kids allowed so it makes for the perfect amorous getaway. 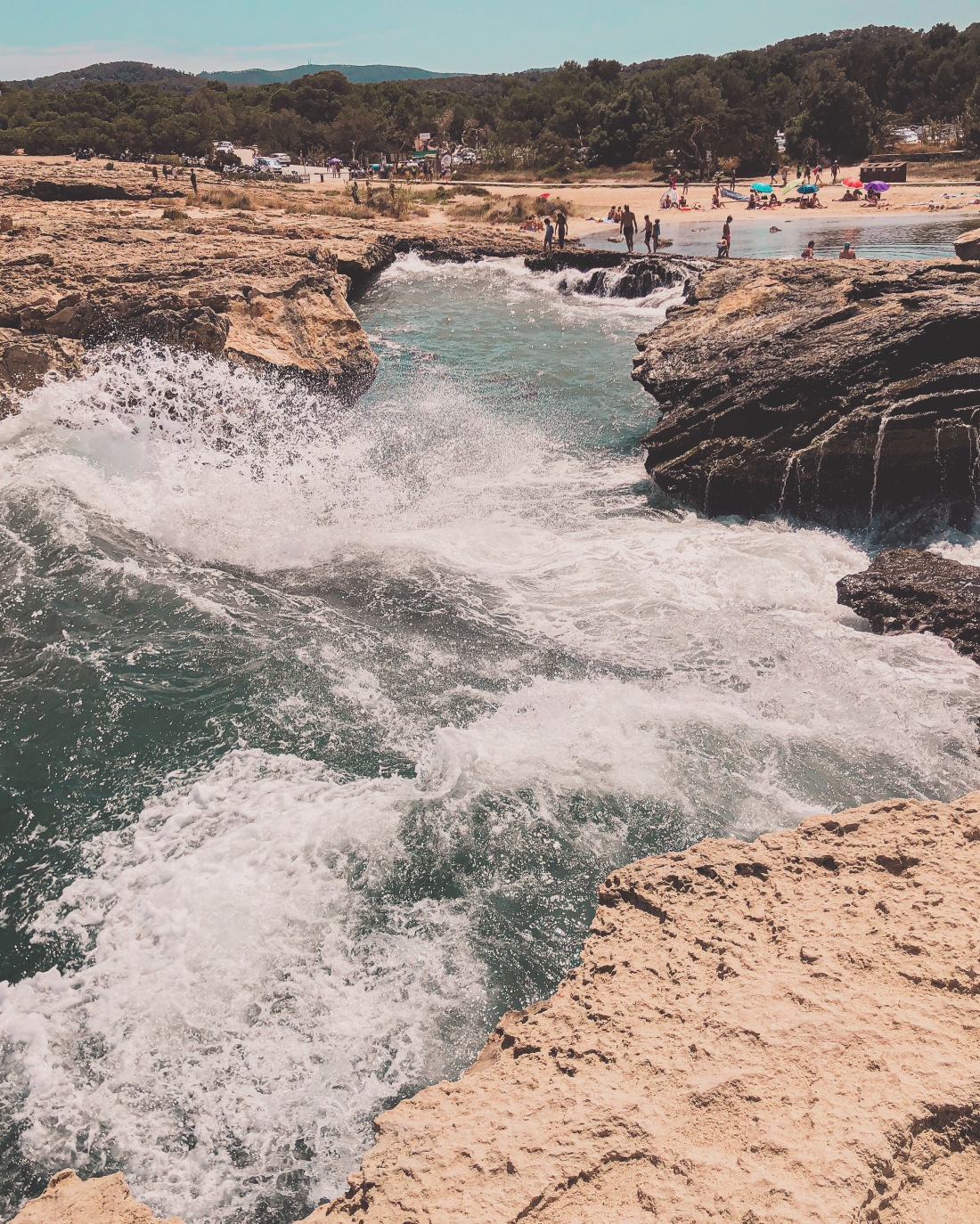 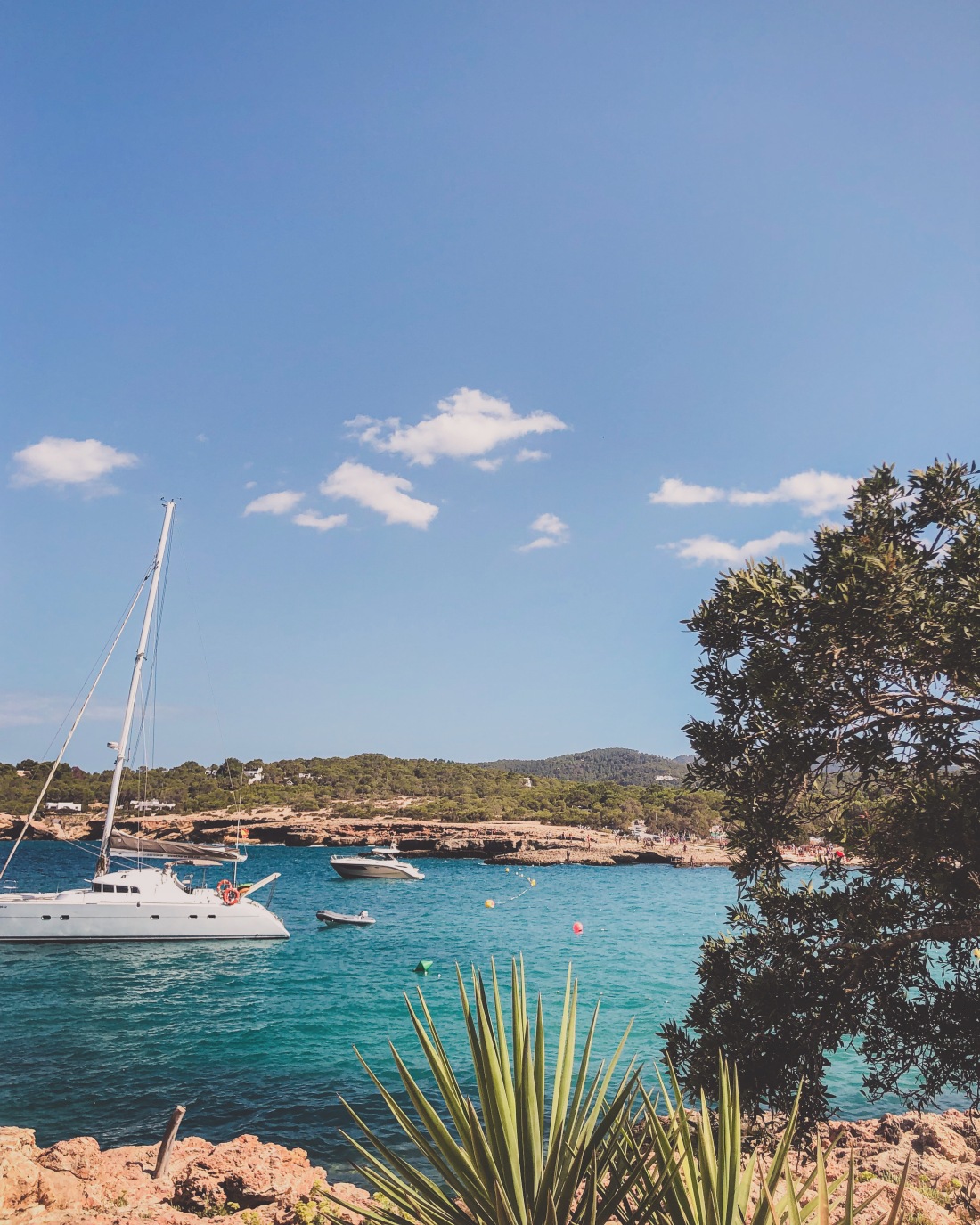 We were fresh off the plane from Mykonos and let me tell you—after the crystalline waters of the famous Greek island, Ibiza’s beaches were more than underwhelming. The waters off the island of Ibiza are choppier; the waves constantly crashing against the rocky coast (as you can see from the photos taken at Cala Bassa, above) and kicking up sediment that clouds the water. After using our snorkel gear 100% of the time in Mykonos to view underwater scenes in 3D, our goggles were completely useless in Ibiza. The beaches were also littered with much more trash. While you wouldn’t find a single paper floating around Mykonos’ beaches, in Ibiza it felt like the chemical makeup of the shore was 85% sand and salt and 15% litter. Not as bad as Athens where the beaches were 50% water and 50% trash, but still pretty gross to swim in. SO, SO SAD—please, do what you can to live a more sustainable lifestyle that will help preserve our beautiful earth for many more years to come! 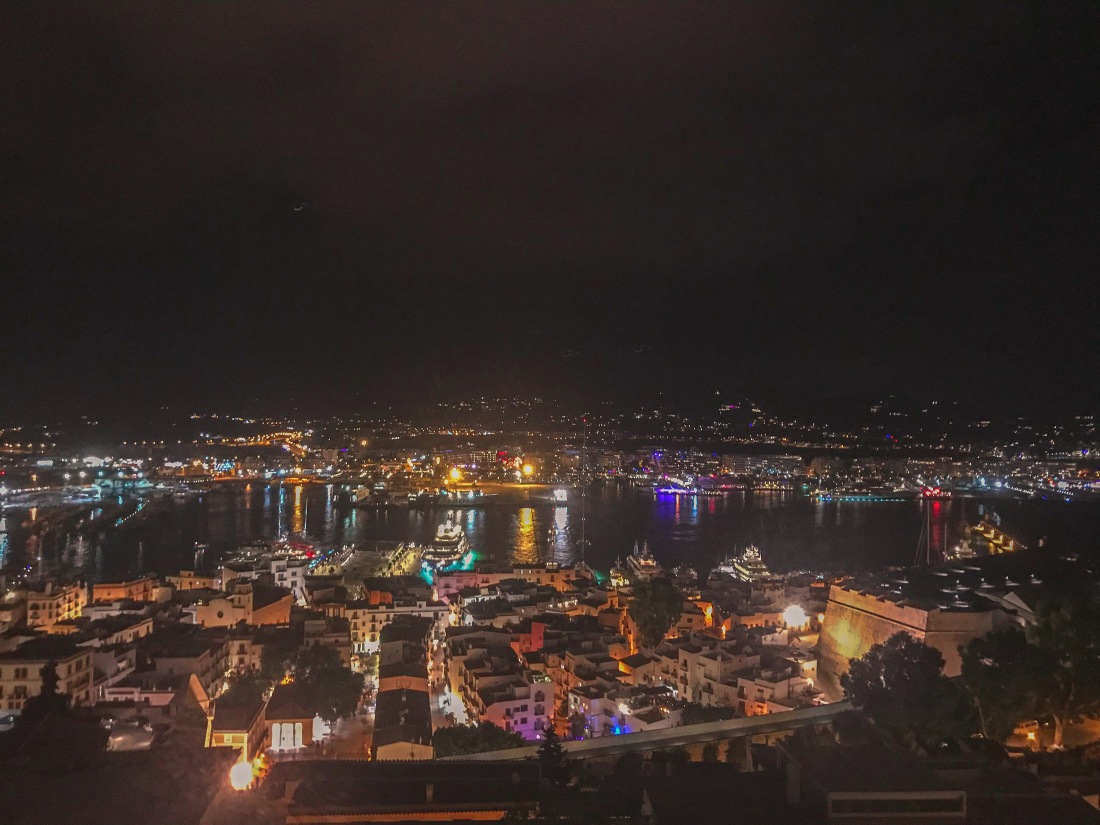 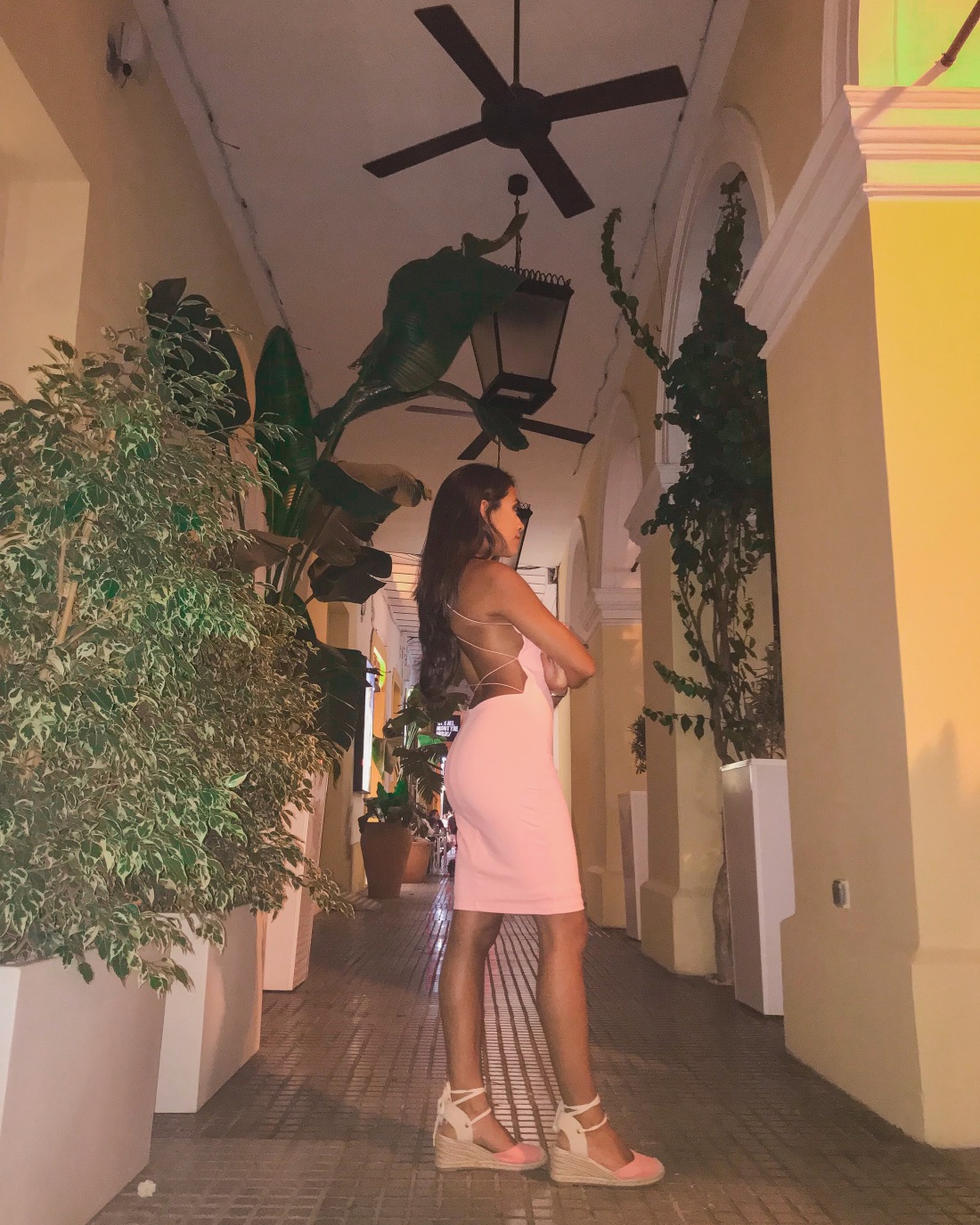 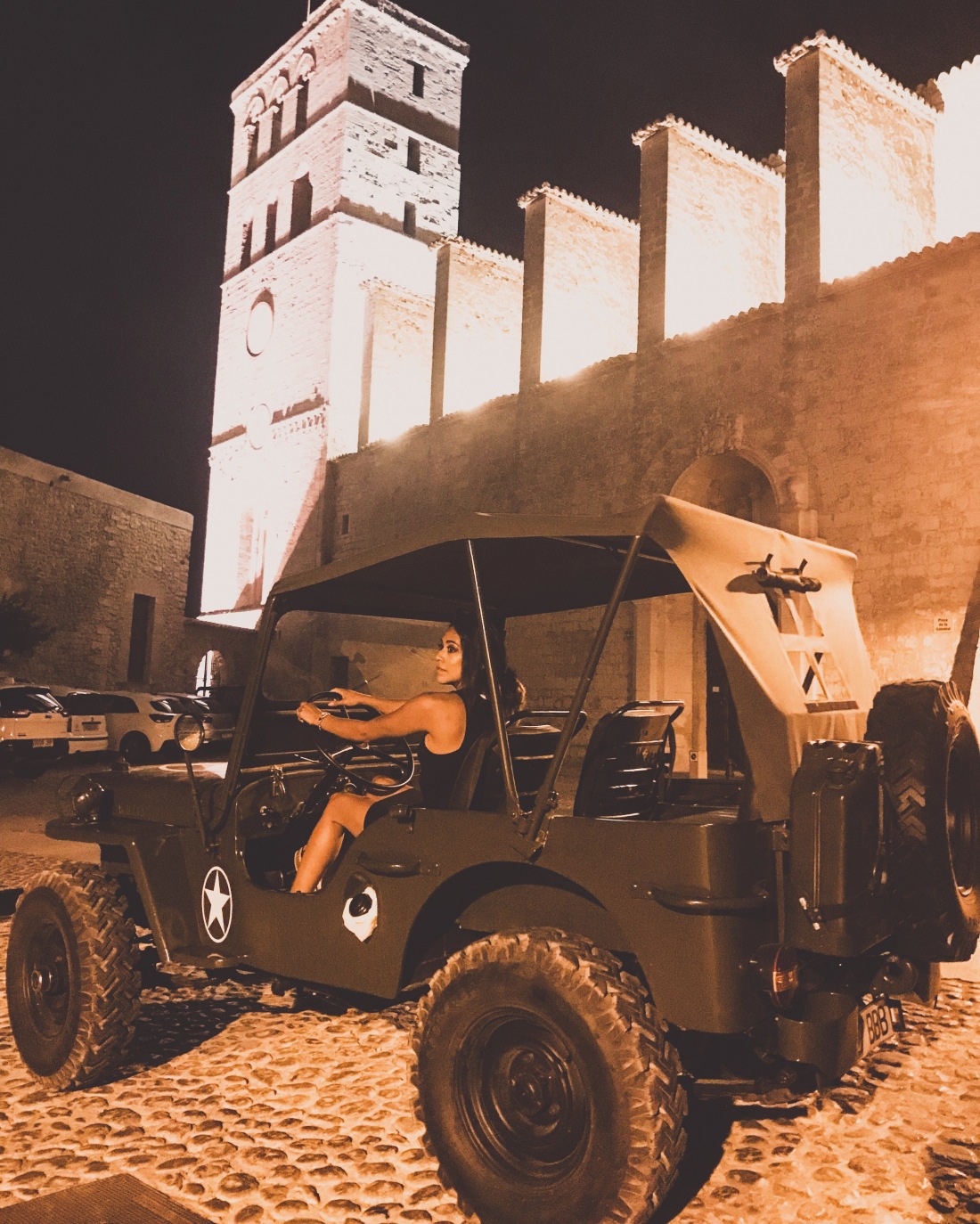 I literally only have pictures of Ibiza Town at night because we would sunbathe all day and then party in Ibiza Town until the sun came up. The only bad part about staying at Amàre was that, in order to get the beach resort experience, we were about half an hour away from the hustle and bustle of the town center. We made it work, but the taxis in and out of the city got expensive quick. If I was a little disappointed with Ibiza’s beaches, I was more than impressed with its cities’ infrastructure. The architecture was cookie-cutter Madrid. Marble promenades, stone archways, French windows and balconies, cobblestone paths, and cascading flowers flowing down the buildings with restaurants and shops lining every space along the lane. I’d been to one other Balearic Island before (read about my experience in my Mallorca post) and, though Ibiza is not as glamorous as Mallorca, it was definitely reminiscent of it.

One of the coolest adventures we had in Ibiza was the night we went for a spontaneous hike up to Castell d’Eivissa (in my espadrille slip-on wedges, of all things). We went through Dalt Vila, a Renaissance fortress with a drawbridge and everything, until we made it to the top of the cliff where the castle is located and where you can take in the most amazing views of the city (first picture, above) and the coast (I swear you could just make out the other Balearic Island of Formentera). The castle has all sorts of mysterious surprises waiting for you—including secret tunnels!—so I promise you it’s worth checking out. 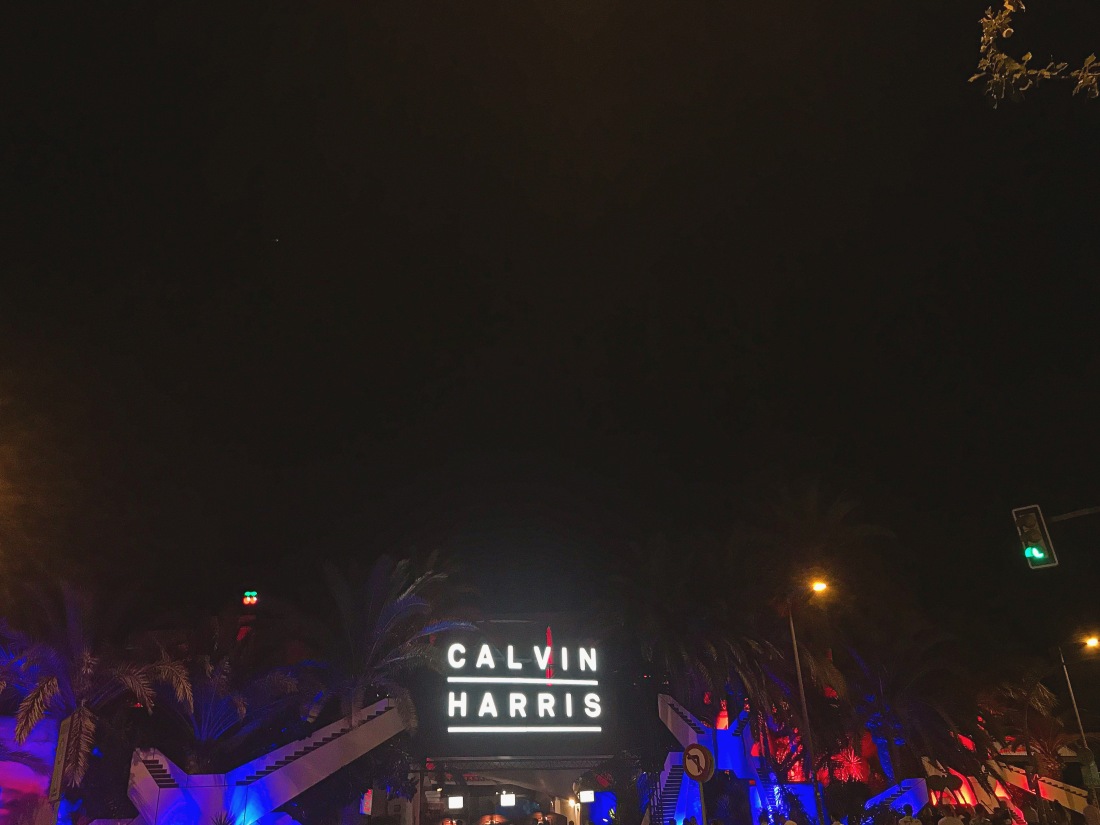 Did I mention Calvin Harris was in town?! We didn’t even know he was going to be there until we got to Ibiza, but of course we bought last minute tickets to see his show! We went to Pacha and, even though it was super cool to see Calvin Harris live and the music was amazing, the venue was way too small to host the entire island of fans who wanted to see him. You couldn’t move at all—let alone dance—so the experience was not as fun as it could’ve been had we not all been packed in like sardines in a can. But Ibiza is known for parties and electric dance music, so there was a cool show to see every night (HEART had some sweet stuff). From Mykonos to Ibiza, Europe’s nightlife is worth losing sleep over! 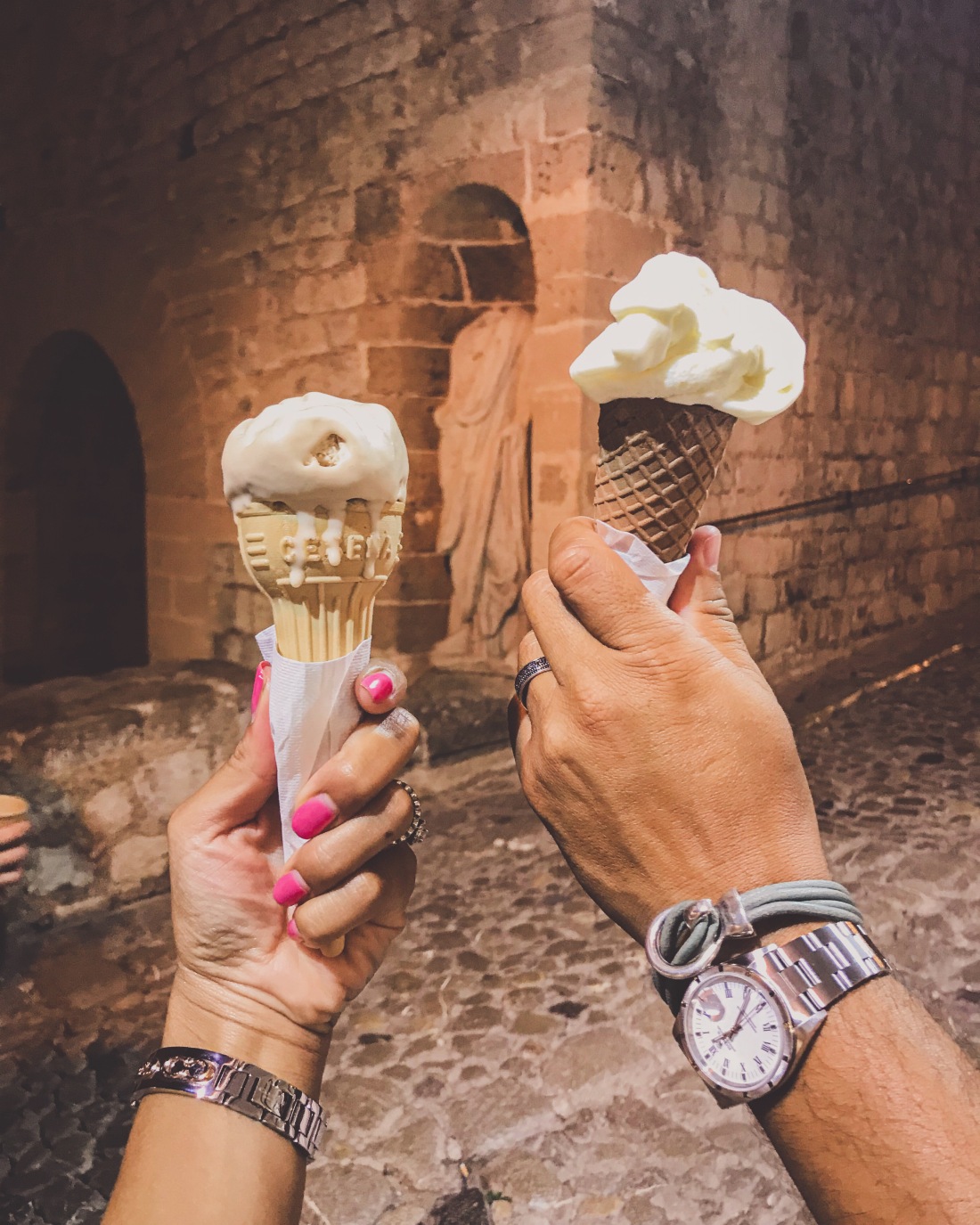 From paella to charcuterie, fresh seafood to gelato, tropical fruits, pastries, and other savory Mediterranean delicacies, the food in Spain is delightful. Thankfully you will hike and swim most of it off! 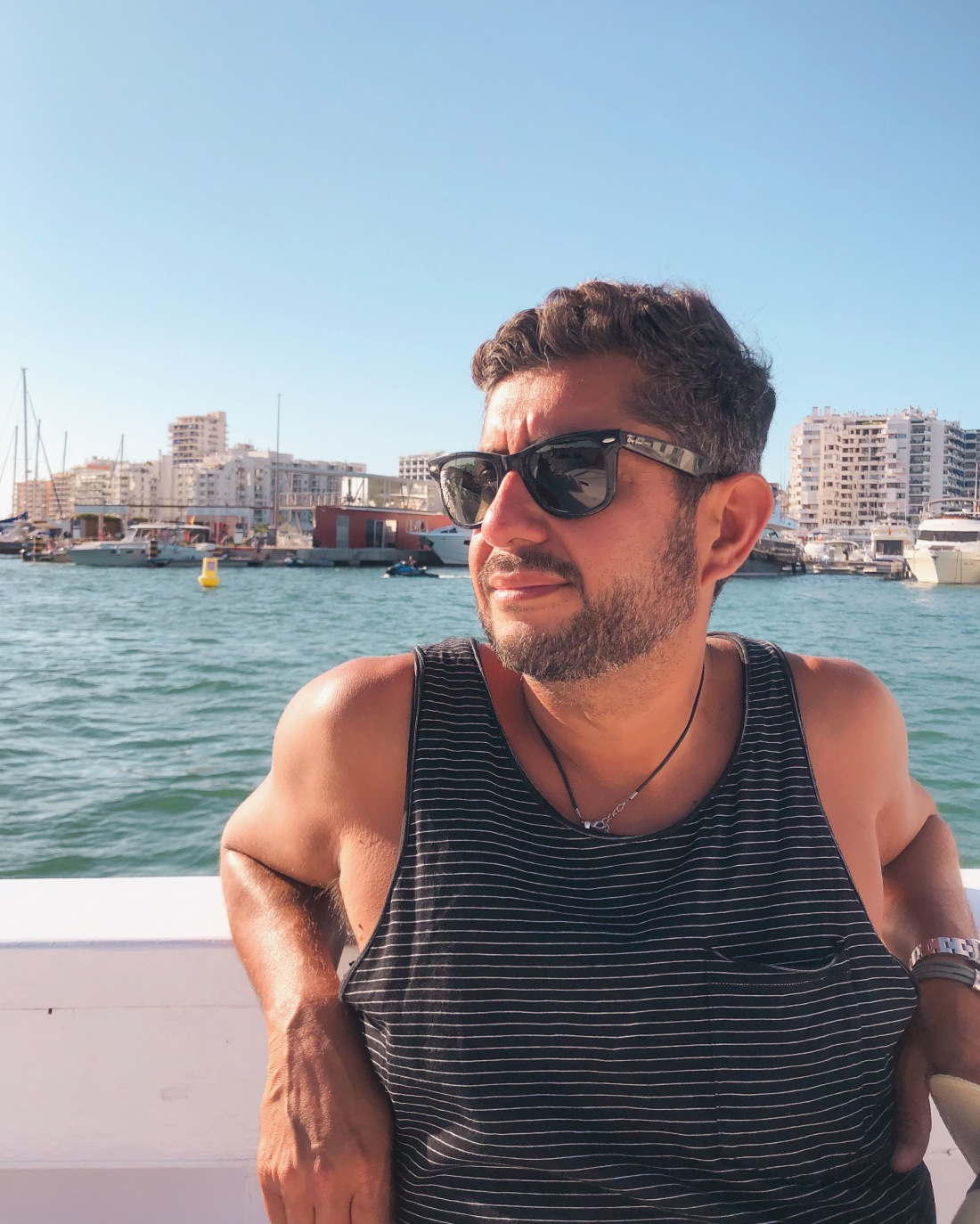 Catalan for San Antonio, this little town has a big personality. Just a quick (and cheap!) ferry ride north of Amàre, we found an unexpected hidden gem. With a large marina, a fantastic artisan market, clothing boutiques, and lots of restaurants, Sant Antoni is a great place to experience if you’re staying nearby. We also gave the nightlife there a go, but it was much trashier than I was expecting (I’d never seen so many British tourists in fishnets and bikinis before). Although I guess if you’re looking for a strip-club-on-every-corner vibe, this is the place to go. 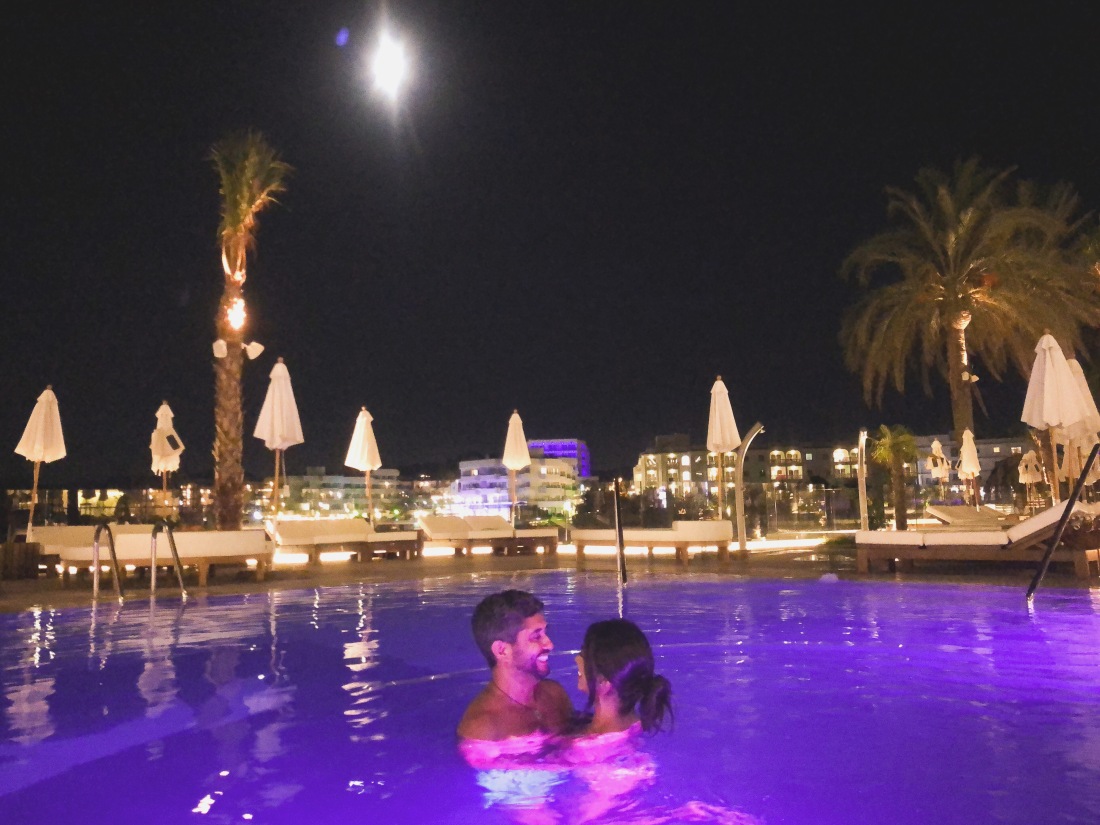 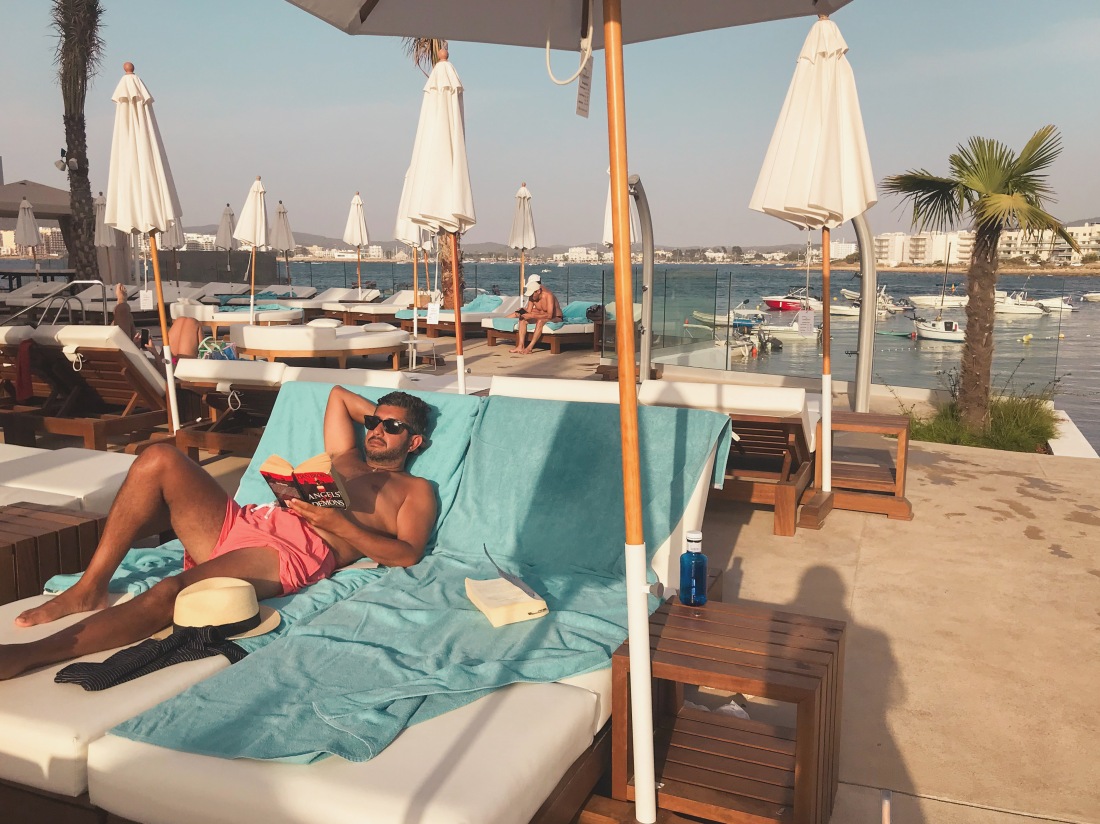 Most of all, Ibiza is the place to go for that vacation where you forget about mundane problems, where you go with the flow and don’t bother with a schedule, where you let your hair down, take your top off, and flip your middle finger up at anyone who has a problem with it, where you dance all night and say yes to mischief, where you let the sun and the saltwater burn away the tediousness of routine, and where you reconnect with the people you love (whether that’s your significant other, a friend, or yourself!) over laughter, playfulness, tranquility, music, and fun.

Thanks for reading and keep on flying!
The Adventureist