I was born in LA so the city will always have part of my heart. Even though I don’t live there anymore, I’ve gone back countless times to visit family and each time I discover another remarkable characteristic about LA that makes me love it even more. Here’s my hit list for your next adventure to the golden city of Los Angeles! 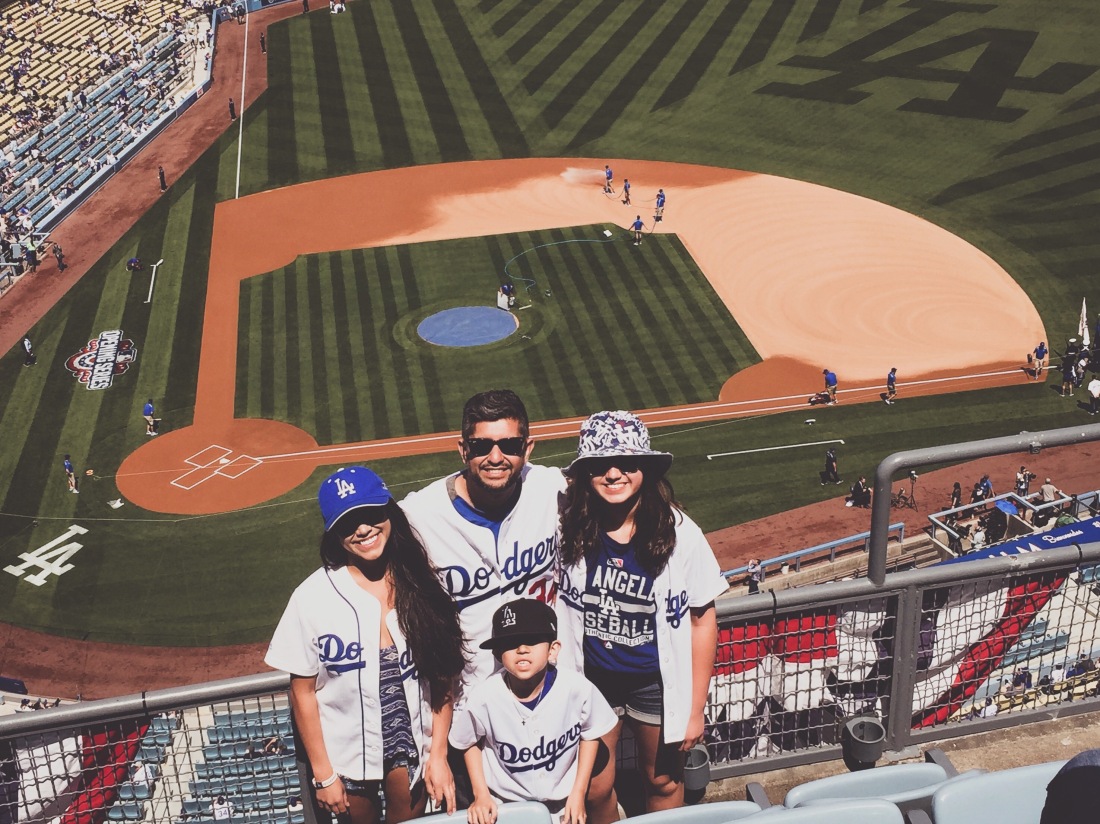 Number one on my list is my all-time favorite MLB team—the Los Angeles Dodgers! Everyone in my family has been a Dodgers fan for as long as I can remember and some of my best memories revolve around watching the Dodgers play. Even if you’re not a Dodgers fan—or a baseball fan in general—I highly recommend going to a game if you’re in LA. The history of the team is actually fascinating. Originally established in Brooklyn, NY, the team moved to LA in the 50s. This was a controversial time as the land where Dodger Stadium was to be built, Chavez Ravine, was seized from local owners and inhabitants (many being lower class and primarily Spanish-speaking) by the city when the land was supposed to be used for a public housing project. Pretty shady if you ask me. Despite that, most Angelenos (and Hispanics) are now die-hard Dodgers fans. The Dodgers are a core part of LA’s identity. After all, LA BLEEDS BLUE! 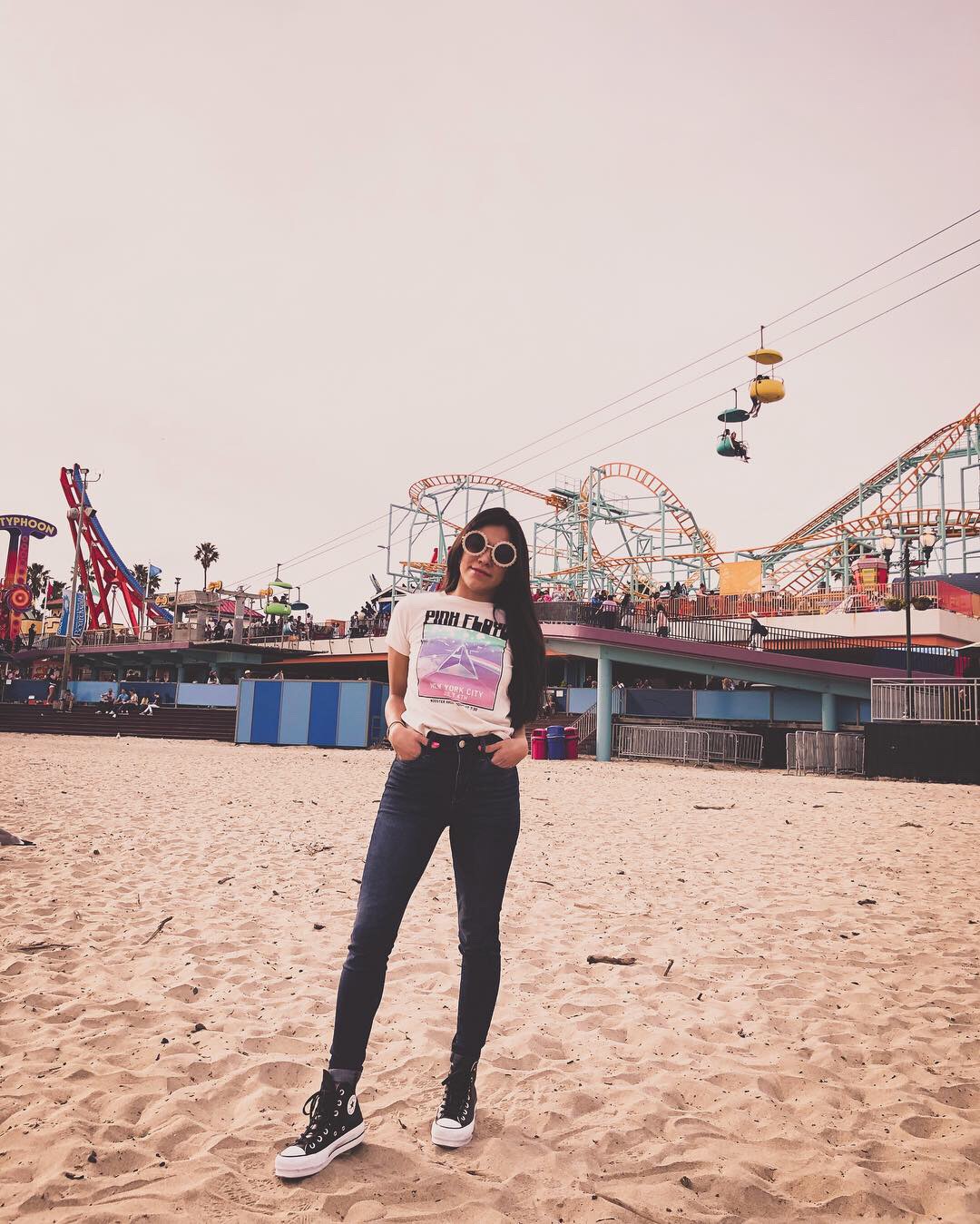 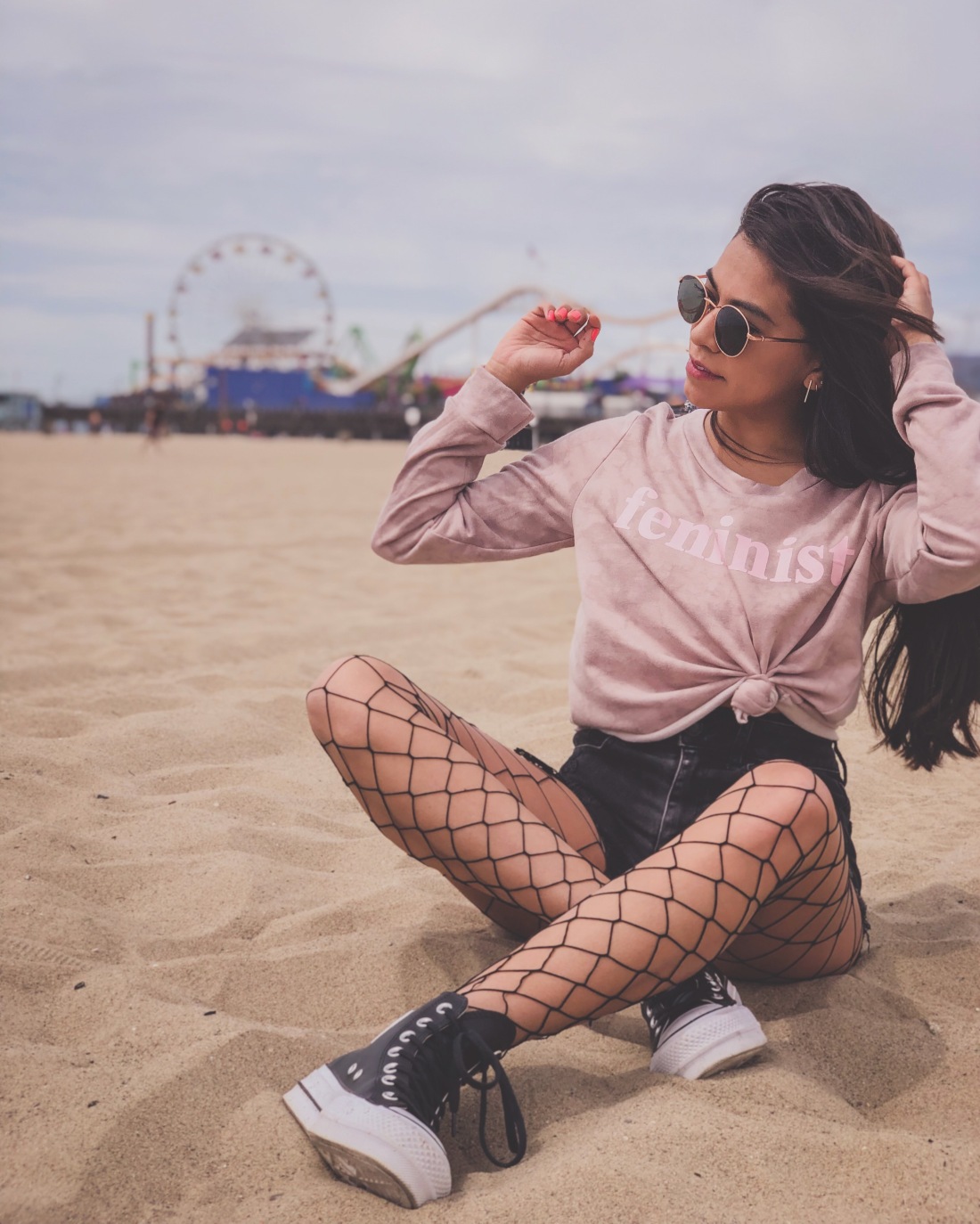 California isn’t called the golden state for nothing—if you’re looking for sunshine, seashells, and sandy beaches you’ve come to the right place! If you’re going for spring break, it’ll definitely be cooler so if you want warmer waves I recommend visiting in the summer. In any case, LA is beautiful all year long so you really can’t go wrong. My favorite beaches are Venice Beach (first picture) and Santa Monica (third picture). I like these because they’re jam-packed with eclectic energy, tons of things to do, and cool beaches of course. If you’re looking for something less touristy with lots of natural beauty and more of a chill vibe, Matador Beach in Malibu takes the cake. If you’re not opposed to driving a little, Santa Cruz (second picture) has one of the largest beach boardwalk amusement parks. It’s also where the movie Us was filmed—hope you don’t get too creeped out! By the way, in case you’re wondering why everything in LA is in SPANISH…it’s because the city was claimed for Spain in the 1500s, became a part of Mexico in 1821 following the Mexican War of Independence, and didn’t officially become part of the US until 1847 during the Mexican-American War. Interesting facts given all the Trump supporters telling Mexicans to go back to their country when, in fact, many parts of the United States belonged to Mexico until the Americans took them by force!

I will be going to Disneyland until the day I die. It’s SO FREAKING FUN. I don’t care if you’re 15 or 67, if you can’t have fun at Disneyland then you may as well give up on having fun because Disneyland is literally the land of fun. The rides are awesome and the atmosphere is just so family-friendly and wholesome. The best day is the day you spend at Disneyland! By the way, if you happen to be in France and don’t want to miss out on the Mickey Mouse fun, check out my post about the time we went to Disneyland Paris!

You can’t go to Los Angeles and not see the Hollywood sign! The easiest (and my personal favorite) place to see it is at Griffith Park Observatory. The picture above was actually not taken there—honestly I’m not even sure where we are there—but I wouldn’t really recommend it because we had to drive around a random neighborhood, park illegally, and convince a cop to let us pass. Don’t get me wrong, it was a beautiful hike and the view was amazing but you can see it a lot easier from the top of the observatory (and it’s also where Academy Award-winning movie La La Land was filmed). 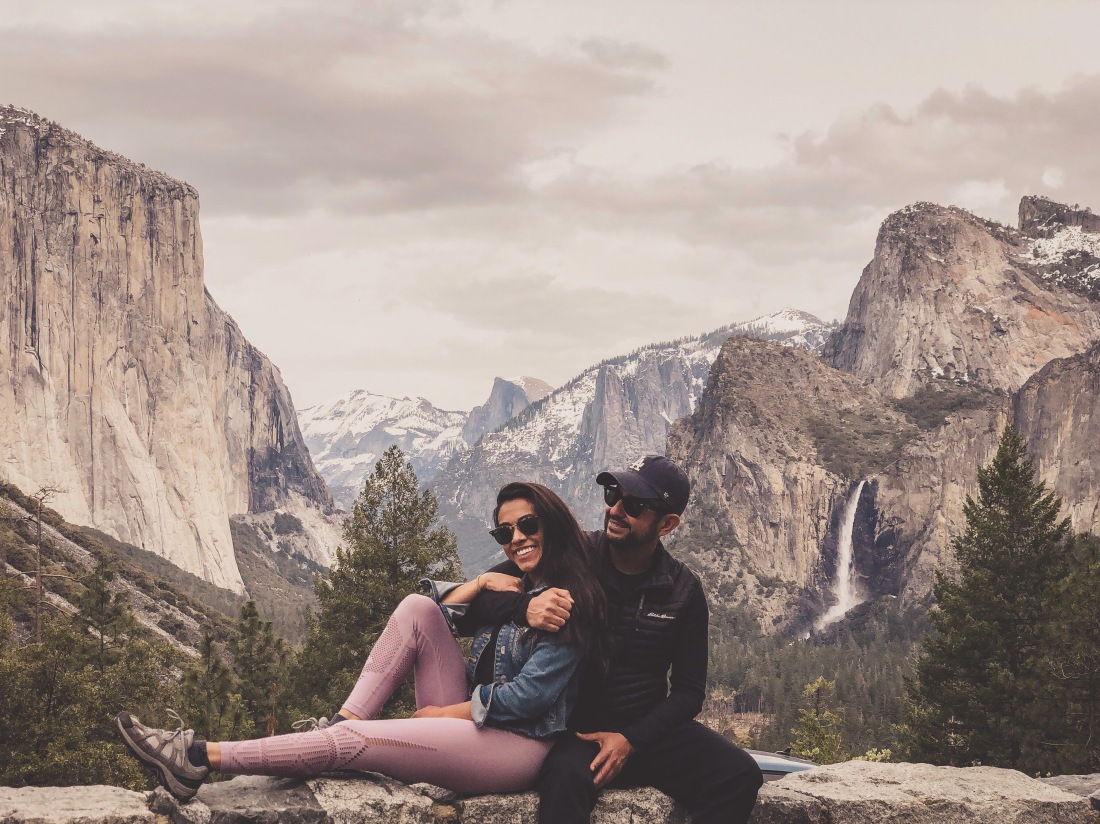 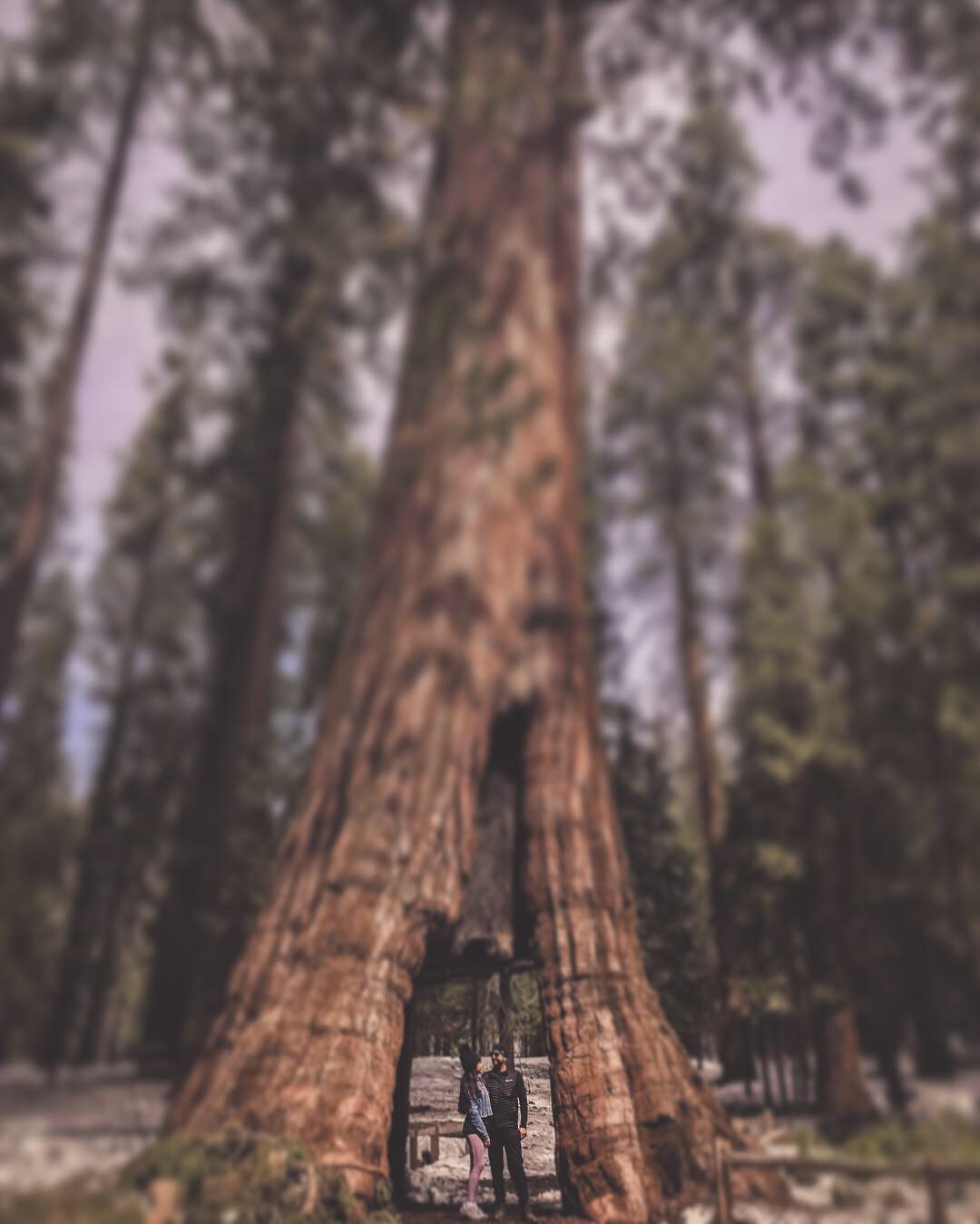 Don’t laugh, but I didn’t even know Yosemite National Park is in California! I also didn’t know that you can see the giant Sequoia trees there, too. Yosemite is only 4 hours from LA (give or take, depending on what time you’re driving and how bad traffic is) and you can see the Sequoias at the southern tip of the park in Mariposa Grove. We stayed at the Tenaya Lodge literally right outside the park entrance and it was amazing. I would recommend getting to the park early before the throngs of tourists arrive (we also went in the spring when it’s cooler and still had nice weather but evaded the crowds—Yosemite is open 365 days a year). If you also want to see mountains and waterfalls, drive north through the park—past the Sequoias—to Bridalveil Fall and Yosemite Valley (pictured above). 100% worth the trip.

Forget Napa Valley—Temecula is the place to be! Ok Napa is pretty amazing but I gotta say Temecula Valley impressed me. About an hour south of LA (again, always depending on traffic!), you’ll be able to escape the millions of people, bumper-to-bumper traffic, and noise that has become so characteristic of the city.  If you’re in LA for an extended period of time and craving a peaceful getaway to scenic vineyards with sunny skies (oh yeah, and LOTS AND LOTS OF WINE!) then definitely head down to Temecula.

Remember Pitbull’s hit song, Fireball? Well it was filmed at La Descarga, LA’s hottest Latin dance club. And yes, the club is as cool as it looks in the music video! Make sure to check this place out if you want to have the best night of your life. I won’t spoil it for you because the experience is so incredible in person, but a few highlights are the live music, hot burlesque show (not just for guys!), great DJ, crazy dancing, cool drinks, and even a cigar lounge. You’ll feel like you’re dancing the night away in Havana! Travel tip: get there early! You may be lucky enough to score a table (we were) before the place gets literally jam-packed later in the night.

There are few truths in this life, but I know one of them to be that IN-N-OUT IS THE BEST  EVER. Order your cheeseburger and fries animal style if you want to taste the most delicious thing you’ll ever eat. In-N-Out is almost more iconic than the Hollywood sign. Enough said.

Bottom line? If you’ve never been to LA before, book your trip today—and, if you have visited, there are still so many more things for you to discover!

One thought on “Los Angeles”